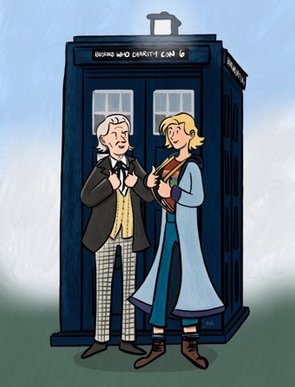 "The best one day event I've ever done"

"Of all the conventions I have attended over the years, Bedford is way up there with the best.  I love the personal touches, the atmosphere and the generosity of spirit that abounded."  - Louise Jameson 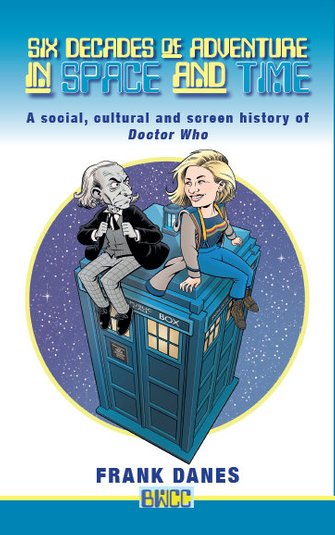 Bedford Who Charity Con (Books) is a new venture.  This is our first publication.

Six Decades of Adventure in Space and Time:

A Social, Cultural and Screen History of Doctor Who

The publisher's profits are split between Bedford Foodbank and raising set-up costs for Bedford Who Charity Con 6.

Frank Danes, author of Six Decades of Adventure in Space and Time, is a prolific writer who has been a Doctor Who fan for the last fifty years.  While most of his books are in the field of English Literature, Frank wrote an earlier history of Doctor Who, Fifty Years in Time and Space, for St Mark's Press in 2013, and the short story The Canterbury Tale in Temporal Logbook II.  Frank is a stalwart of Bedford Who Charity Cons and he played the Dalek in the sketch with Colin Baker at BWCC 4.

Six Decades of Adventure is designed to be the only single volume history of Doctor Who you will ever need. You'll enjoy it if you're pretty new to the series, if you're fairly knowledgeable about the programme, or if you know the running time for every episode since 1963 and the name of the bloke who swept the floor at Lime Grove on 13th February 1968 at 10.08 p.m.  There's lots of original analysis and the book also considers how contemporary society is reflected in the series' production and storytelling.  (New facts, too!  For example, you can read about how the studio manager on Slipback provided some rather bizarre suggestions for the monster's appearance - which were sadly not taken up by the production team...)